Humor is just another defense against the universe.—Mel Brooks

A few weeks before starting rehearsal for Young Frankenstein I learned that I needed to have surgery on my knee.  It was going to require the grafting of cadaver tissue into my leg.  I don’t think it helped much that at the time I was also reading Mary Shelley’s original Frankenstein as research for the show.   As a result, my imagination ran wild and I had visions of my leg no longer being under my control.   I saw my body jerking spasmodically down the street.  I was certain that I would have memories or dreams of the tissue’s donor.    I started making really bad jokes, referring to myself as “Kneesforatu”.

Suddenly the themes of death, re-animation, and humor were right in front of me.   Which made me question why, if we are so appalled by Frankenstein, the resurrected monster, do we laugh at Mel Brooks’ Young Frankenstein?

In Shelley’s book, she spoke of the horrors of “re-animation”.  There was always a lingering stench of decay and death as the monster was brought to life. It was against nature’s plan.  In James Whales’ movie Frankenstein the focus was on Boris Karloff’s unforgettable makeup and portrayal of the doomed monster.  Brooks’ Young Frankenstein deftly parodied the overwrought style of the original black and white film with added burlesque and Borscht Belt humor.  Part of the fun of the movie was seeing the horror deflated by the ridiculous.

But after my leg was “Frankensteined”  I realized that Brooks’ humor is levelled at examining  exactly the same human condition at which Shelley was aiming---that most universal of human fears--- Death.    That fear is built into our DNA.   And one of the ways we control that fear is through humor.  .

Brooks considers Death as the reason we have to laugh.  In the end, death is one more ridiculous manner in which we lose control of our bodies.  Indeed, much of classic comedy is based on seeing others lose control.   Humans take great pleasure at laughing at someone else’s loss of status or misfortune.     There’s a reason that slipping on a banana peel is the world’s oldest physical gag.  Anyone familiar with Brooks’ work knows that much of his comedy is about losing control of bodily functions—the flatulent campfire scene in Blazing Saddles probably being the best example.    Brooks’ take on Frankenstein highlights the lack of control of the characters.  Beginning with the Monster itself, an amalgam of many people, he has no control over his brain and his “extremities”.  Likewise, Frederick has no control over his genetic destiny as a Frankenstein descendant.   Elizabeth has no control over her libido.   Igor has no control over his hump.   Inga listens to her heart.  Kemp has lost control over both an arm and a leg. Each character is led by a body part that seems to have a mind of its own.

Brooks wants us to laugh at the anarchy that all our bodies possess.  All comedy is anarchic in a sense. It mocks the creative energy (sex) and it mocks the destructive energy (death).   Brooks has devoted his career to that anarchic comic impulse and he asks us to not take any aspect of life too seriously.  So enjoy watching his characters lose control and do the things you would hate (or love) to do.  Feel free to laugh out loud at the ridiculous, profane, lusty, aggressive world of Young Frankenstein.    Feel free to laugh at Death.

Tragedy is when I cut my finger.  Comedy is when you walk into an open sewer and die.
---Mel Brooks 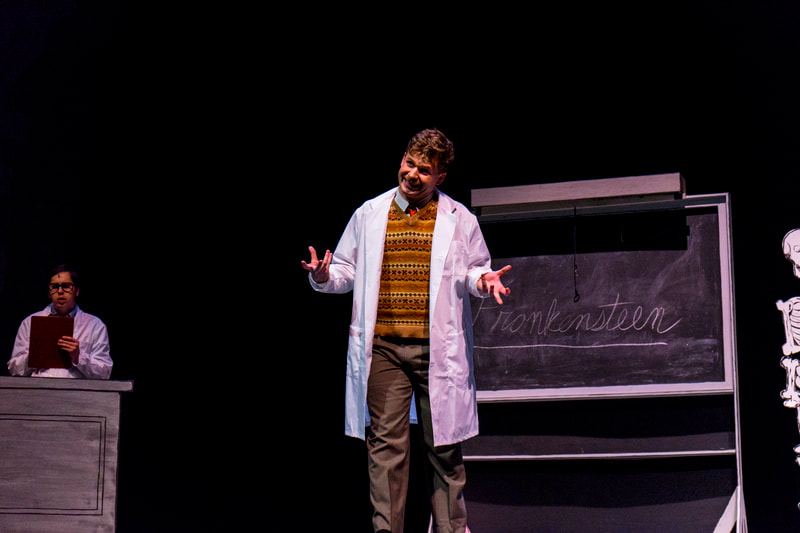 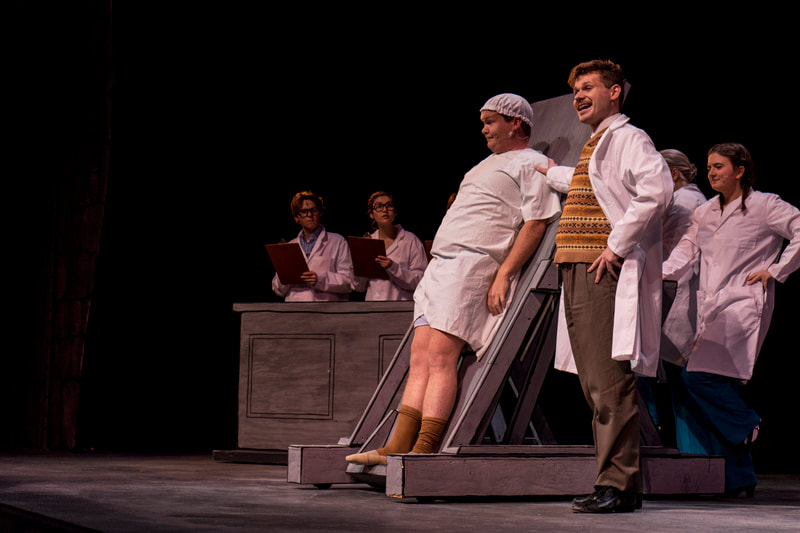 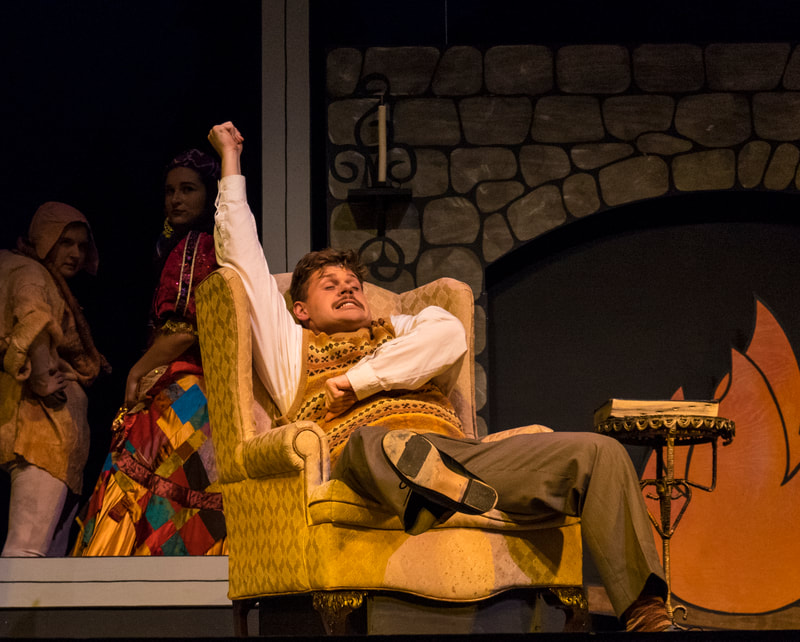 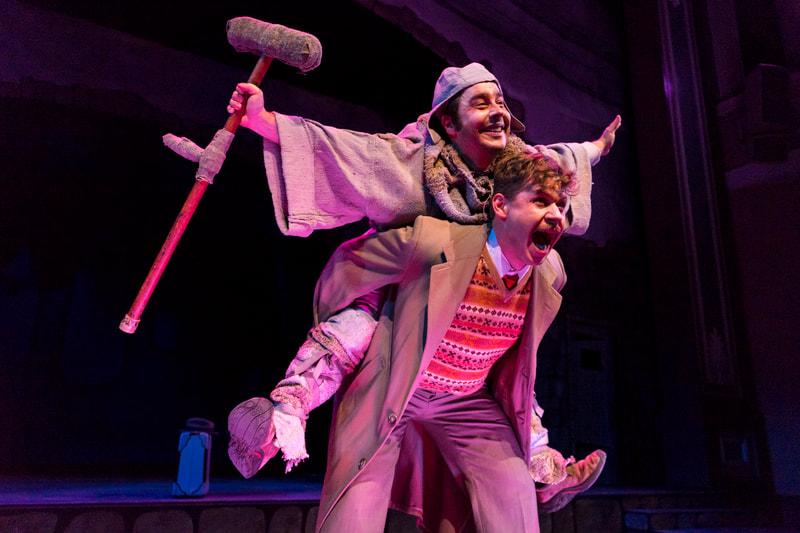 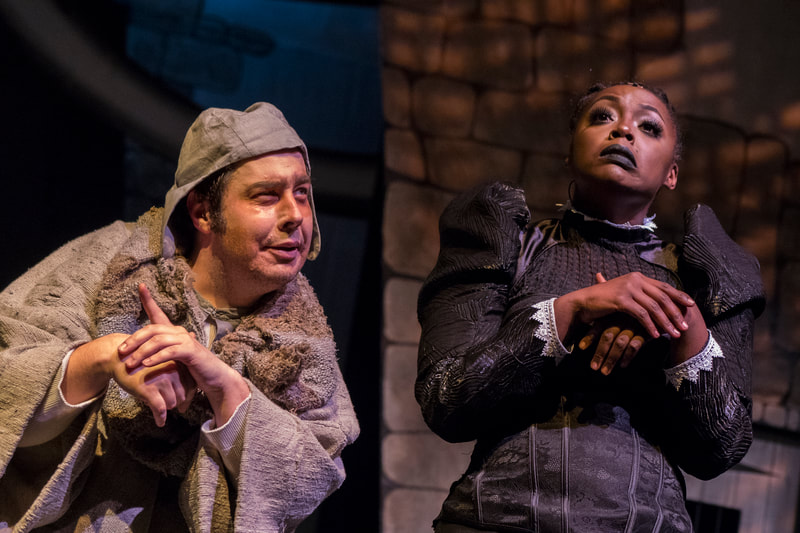 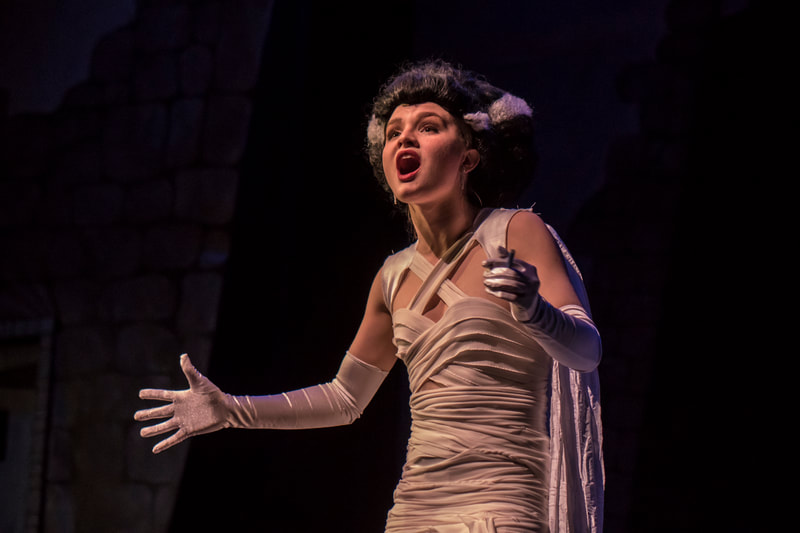 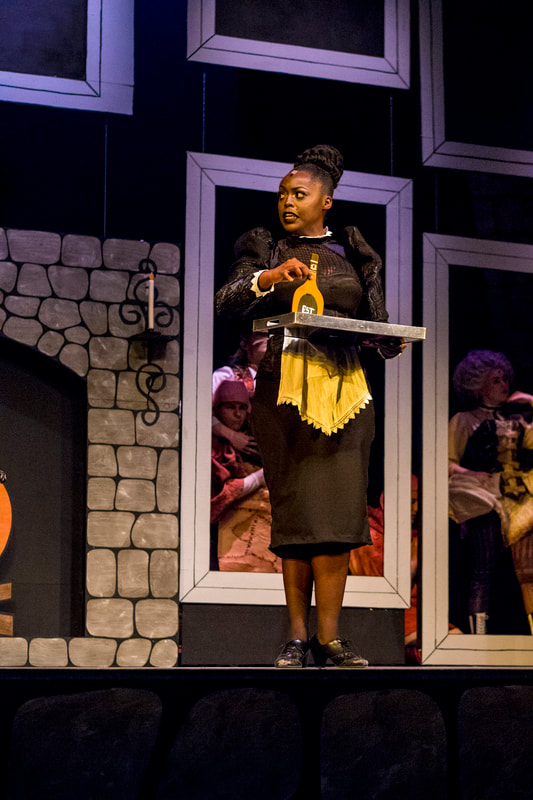 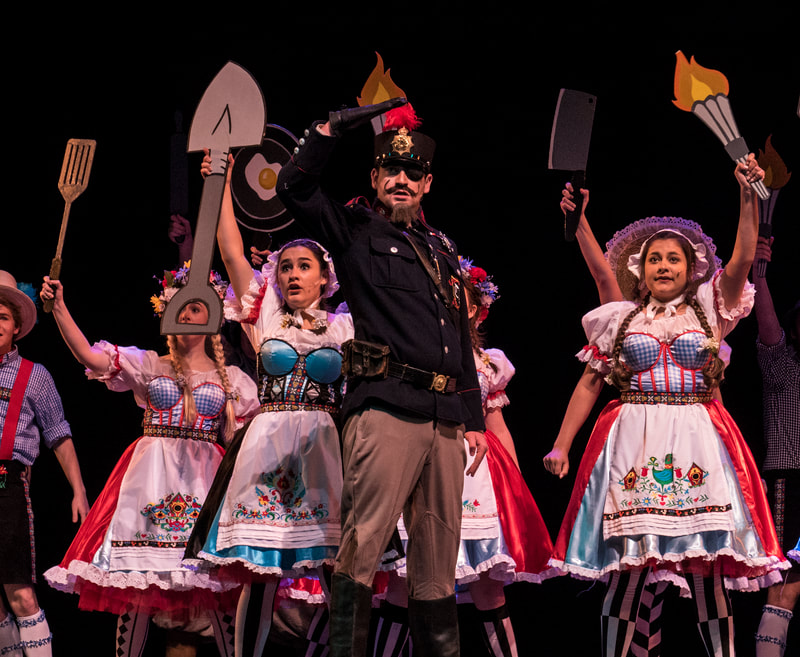 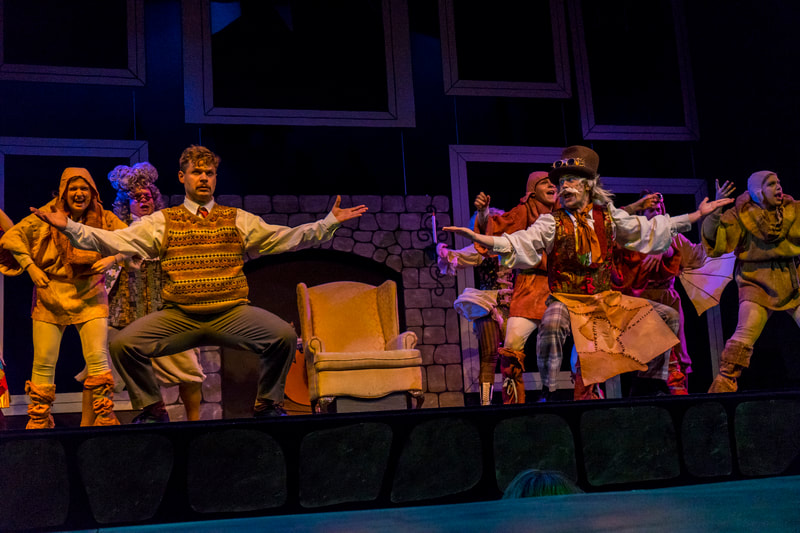 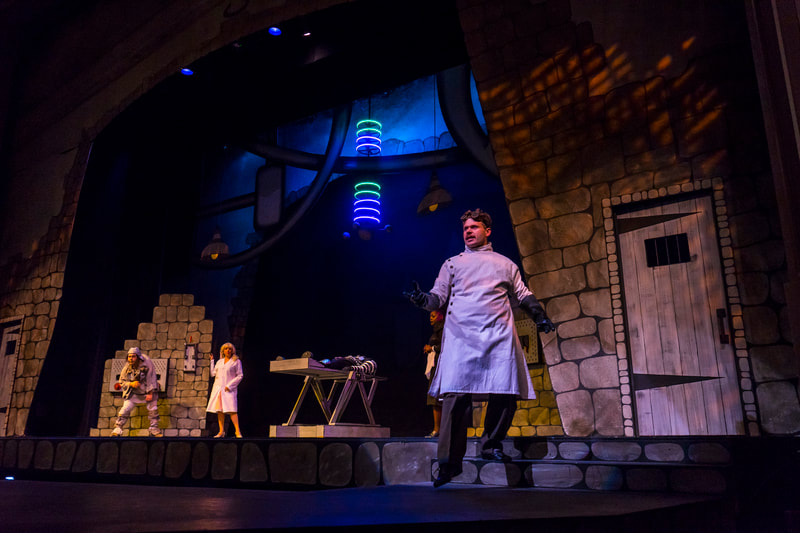