In the Spring of 2013 I directed the Southeast Premiere of Leslye Headland’s Assistance at Pinch N Ouch Theatre in Atlanta.  Pinch 'n' Ouch Theatre is a contemporary theatre company dedicated to bringing exciting new plays to the Atlanta stage. Named after a phrase coined by the great American acting teacher Sanford Meisner, the company offers an enthusiasm for acting and has already carved out a niche for edgy fare. Since the arrival to Atlanta in 2010, Pinch 'n' Ouch Theatre has set a high standard in delivering impassioned productions of sharp, poignant scripts.

​This production was also highly satisfying as I was able to work with two former students Joe Sykes (UGA '02) and Morgan Pellegrino (UGA '09)  in the lead roles of Nick and Nora.

Director's Notes
It’s no surprise that in our country, where corporations are officially people, that “the office” has become a well established social region with its own rules, standards, protocols, and taboos.  Office culture is both celebrated and ridiculed in popular sitcoms and movies.   Thousands of books teach us “How to Win Friends and Influence People” or propose that we “Lean In” or that we follow “The Battle Secrets of Attila the Hun”.   Popular songs commiserate with the “working man” and the “working girl” who “take the morning train” on a “manic Monday” and work from “9 to 5”.  There are recognizable office personality types who engage in language and slang born of the office environment.   Every day, there are millions of people who enter their cubicles and cinderblock and brave the harsh greenish glow of fluorescent light to push paper and crunch numbers that keep our capitalistic pulse pumping.  The economy is rough right now…jobs are hard to come by….20-somethings fresh on the scene are trying to find their way.   Currently there is a glut of over qualified college graduates and, according to a recent New York Times article, many offices are looking for a “22-22-22”—meaning a 22 yr old who will work 22 hours a day and get paid $22,000 a year.
Leslye Headland presents us with just such an office that is peopled with young hopefuls all working to make their mark, ruled over by an unseen but demanding boss. By naming her lead characters Nick and Nora and plunging us into the fast paced and often brutal office environment; Headland pays homage to those early screwball romantic comedies like “His Girl Friday” or “Woman of the Year”.   Similarly, each of her characters has to ask the question “How bad do I want it?”  and “What am I willing to sacrifice?” These are not abstract questions.   The answers don’t come as easily as they did in the 1930’s.  Their decisions have very real and immediate consequences in terms of their ability to survive in the 21st century world.
So, Welcome to Daniel Weisinger’s office.   Daniel isn’t in right now.   Please hold.

Critical Praise
AtlantaInTown
“Director George Contini has guided his actors extremely well: They are marvelous as they constantly interrupt and overlap one another in a manic dance of paranoia and ambition. Their verbal pyrotechnics alone are worth the price of admission.  Pinch ‘n’ Ouch is offering 90 minutes of fireworks in Assistance.  It may be the hottest show in town; go.”
http://www.atlantaintownpaper.com/2013/04/theatre-review-assistance-at-pinch-n-ouch-theatre/

Broadway World
"The stellar young cast plays the farcically cartoonish co-workers with a reckless comedic abandon, reminiscent of a profane cable sitcom. If  they are representative of the next generation of Atlanta theatrical talent, we are all in good hands."
http://atlanta.broadwayworld.com/article/BWW-Reviews-Hilarious-ASSISTANCE-Cast-Provides-Cure-For-Case-of-the-Mondays-at-Pinch-N-Ouch-20130413 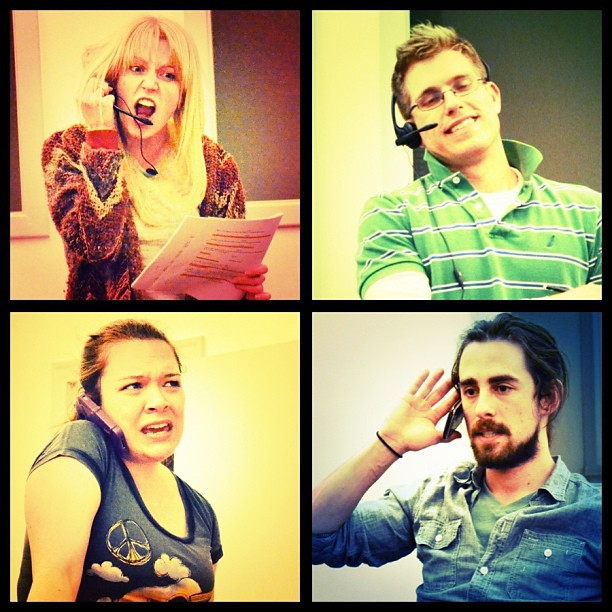 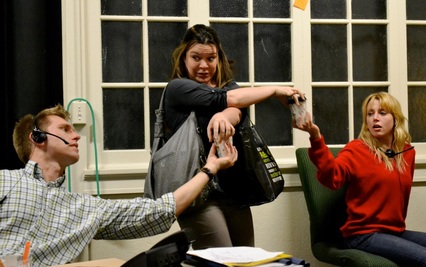 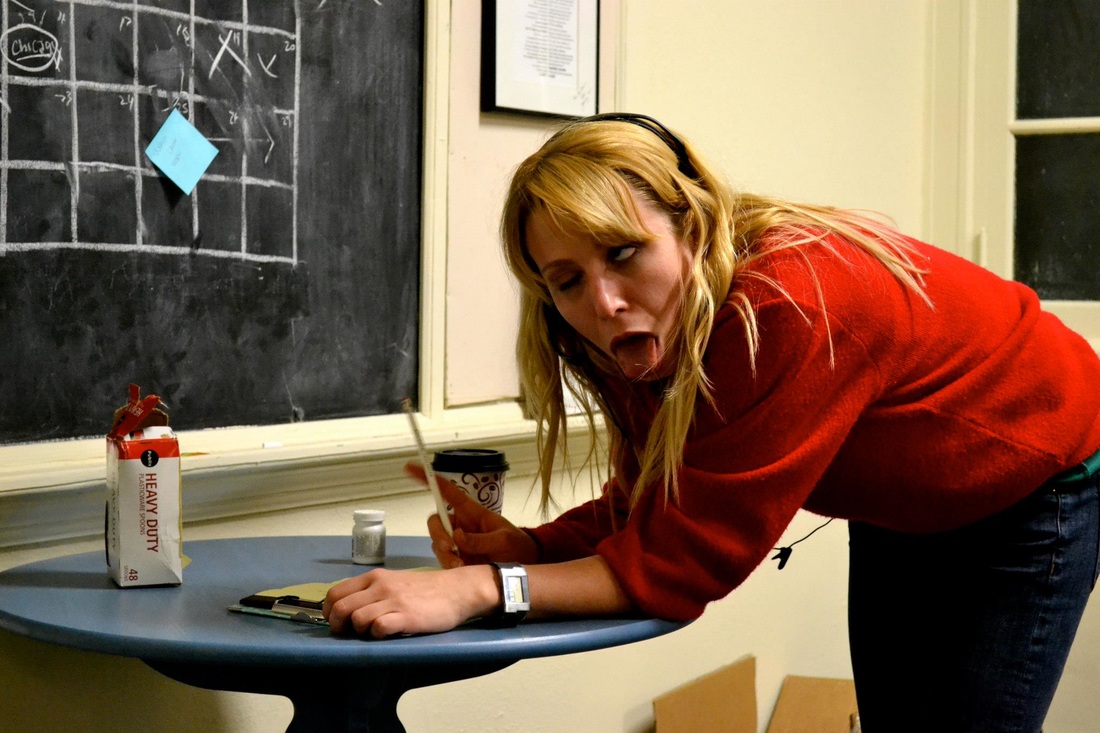