Set in a grand old movie house this production combined filmed sequences blending into live action as a campy homage to the thrillers of yesterday.

TheatreReview.com--"Director George Contini runs them through their paces in a series of stylized and overblown moments, all designed to amp up the comedy .  The show is filled with belly laughs and chuckles of delight and chortles of unexpected glee. If you feel the ground moving, it must be the combined effect of all audience members at Stage Door Players laughing with abandon at the silly hijinks of this super-talented cast of four."
www.theaterreview.com/?productionurl=4908&maindata=proddetail

AtlantaTheatre Buzz--"This show, in a nutshell, is one of the most entertaining works you're likely to see in this or any other year... this production dishes out whirlwind character change, wry backstage buffoonery, dizzying word-play, and tons of mega-charm. To calm down the Hitchcockophiles, passing references to his other films are tossed out liberally, with even the famous Hitchcock cameo making a welcome appearance on the music-hall set. Most of the references are underscored with a nudge-nudge wink-wink to the audience, but a few are just casually dropped as visual (or musical) jokes or fleeting references.

....it's appropriate that "The 39 Steps" takes every opportunity to skewer the clichés that come with the genre, including frequent references to the hero's rakish good looks (and brown eyes), shady characters with outrageously thick accents, villains with deformities and maniacal laughs.....

....the true appeal of this production is the breath-takingly fast and numerous character switches by the two-man protean ensemble, Tony Larkin and John Markowski. In one sequence, the two of them play six characters in a single scene, switching characters with a flip of a hat, a slump of a shoulder, a shift of a dialect....

Centering it all is Jacob York's single performance as Richard Hannay. On stage for almost the entire play, he has the unenviable task of carrying the plot, refereeing the ensemble, setting the bar for "how over-the-top can we take this?" and making us care enough that we want to know how his story turns out. The fourth member of the troupe, Stephanie Friedman, has the relatively relaxed job of portraying only three women, the femme fatale at the top, the love interest, and a comely and helpful Scottish farmwife.

​All are excellent and engaging, with nary a wrong note or questionable choice.

George Contini's direction is full of backstage jokes, affection for the Music Hall tradition that is the stylistic forbearer of this piece, and attention to detail and pace."
latlantatheatrebuzz.net/reviews-2016.html

AtlantaArtsScene-"This camped up version of The 39 Steps is a laugh a minute."
www.atlantaartsscene.com/the-39-steps/ 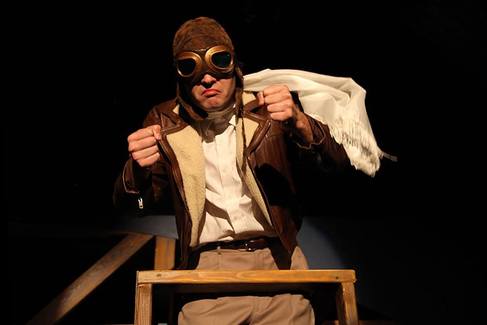 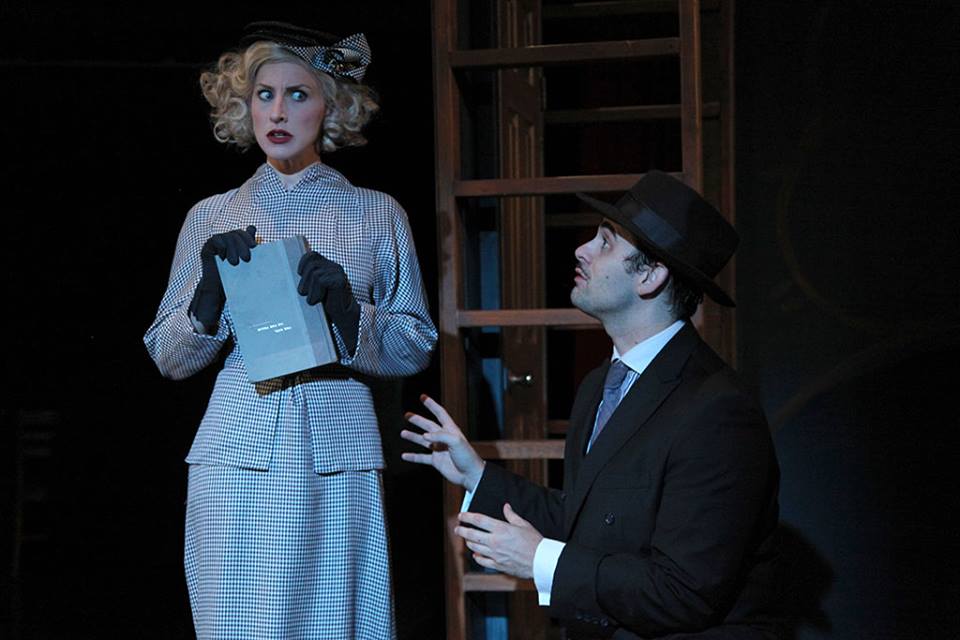 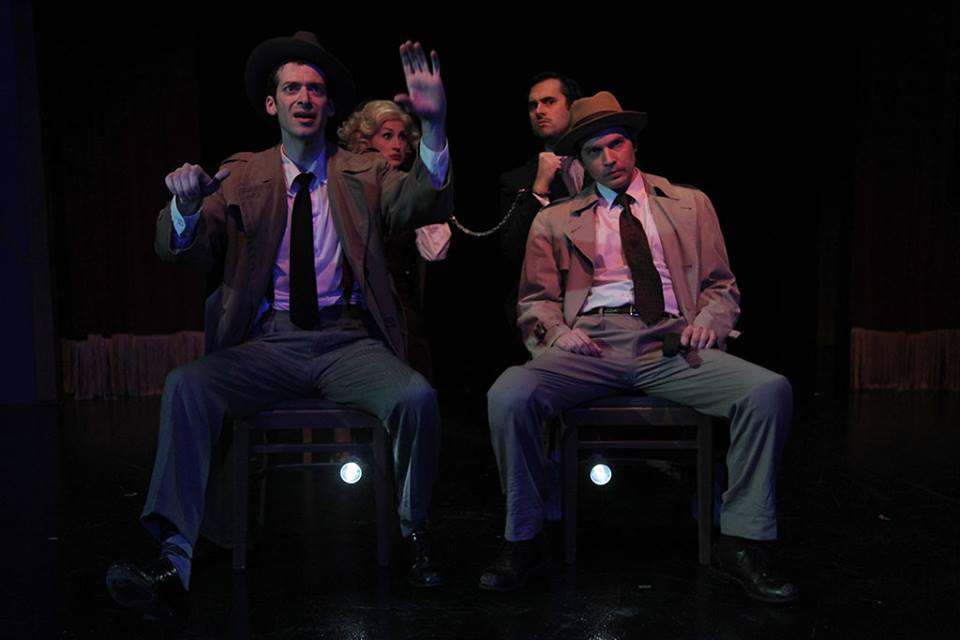 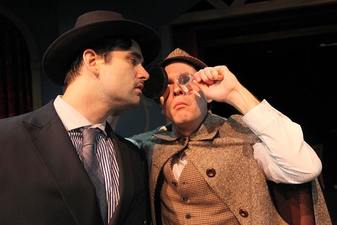 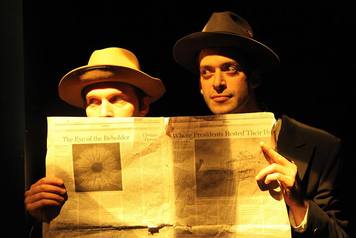