​“I believe everything out of the common. The only thing to distrust is the normal.”--John Buchan

I have always loved Alfred Hitchcock’s original film The 39 Steps.   I remember seeing it late at night on TV and swooning for the heroic exploits of the dashing Robert Donat and totally caught up in the breathless adventure that he undertakes without ever breaking his cool sophisticated demeanor.  I eventually read John Buchan’s original novella that inspired Hitchcock—and though very different—(in it, the 39 steps are actual steps)---it also dazzled me in its meticulously concise narrative .   It has the same intense forward movement and cliff hanging fun as such modern popular novels as The DaVinci Code.    The hero Richard Hannay is a clear progenitor of characters from Ian Fleming’s James Bond to Dan Brown’s Robert Langdon.

What struck me about both of these versions was the crucial role that Performance played in the story structure.   In Buchan’s book---with each chapter, Hannay has to don a new disguise and incorporate a different persona to survive.  I relished Hannay’s exuberance to embrace these sudden and shocking situations and come up with instant strategies---like all great actors he was constantly shifting tactics.   In his movie Hitchcock embraces the comical aspects of Hannay’s flight.  For, as in farce, his must make snap decisions---if he took the time to think about it—he’d be dead.   Performance is also used to frame the film (it begins and ends in a theatre) and support the thematic undercurrent of Secrets and Deceit.

In our production we sought to merge both Buchan and Hitchcock’s world and celebrate the conventions of those early spy novels and classic black and white movies through a playful theatrical homage.  Shadows, odd camera angles, meaningful gazes, melodramatic musical stingers, the wrong man unjustly accused, a mysterious woman in black, sinister foreign spies---All these elements have now become standard Hollywood formula.   But there was a time when, for only a dime, the flickering celluloid could give you thrilling adventure, sparkling comedy, and a cinematic dream of romance.
Enjoy the Popcorn. 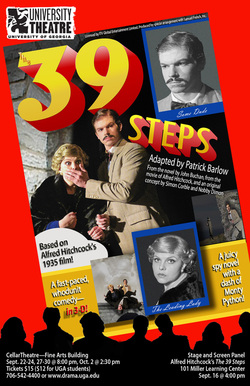 A fast-paced whodunit, the West End and Broadway’s long-running comedy mixes a Hitchcock masterpiece, a juicy spy novel, and adds a dash of Monty Python.
“39 Steps brings together film and theatre, which is what our department is all about,” Department Head Dr. David Saltz said.
​The department will host screenings of the Hitchcock film on Sept. 14 at 3:30 p.m. in the North P/J auditorium and at 7:30 p.m. in the Fine Arts Building, room 53; a roundtable discussion will be held Sept. 16 at 4 p.m. The screenings and roundtable are free and the public is invited to attend. 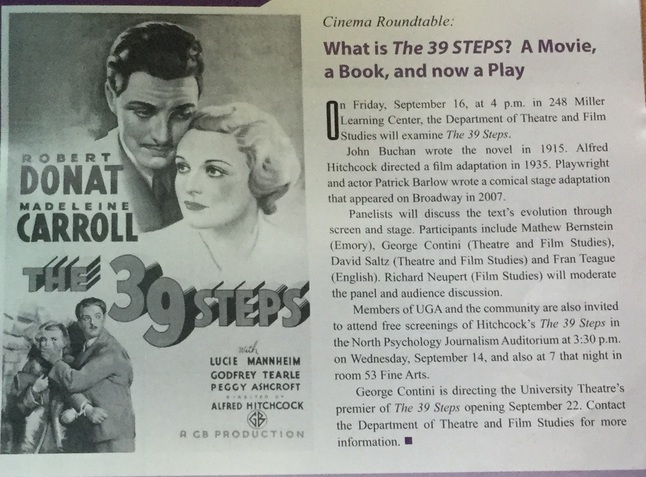 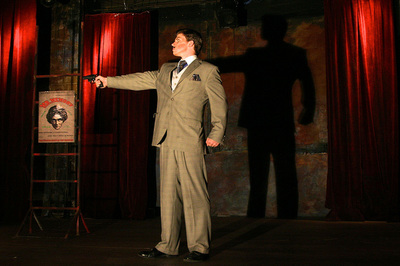 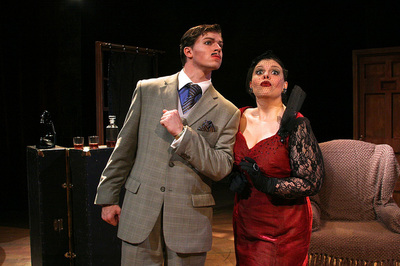 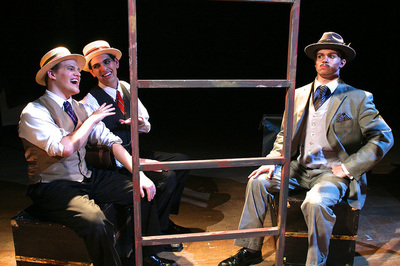 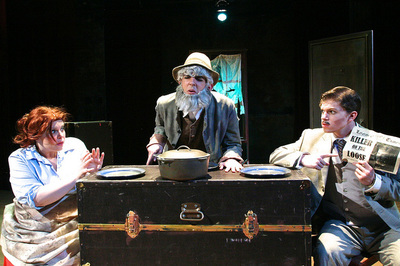 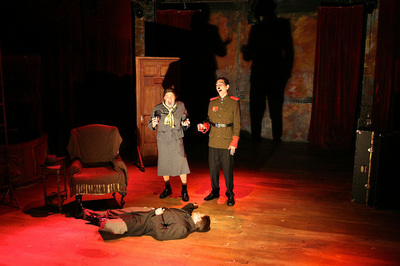 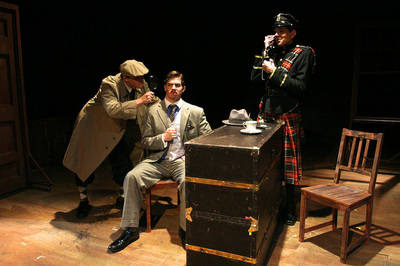 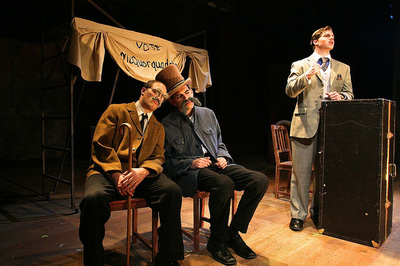 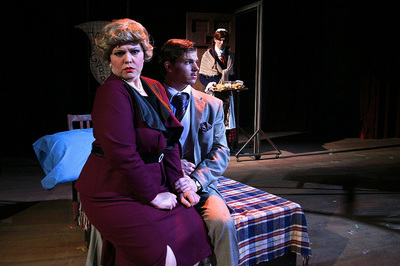 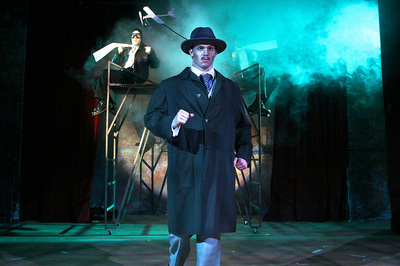 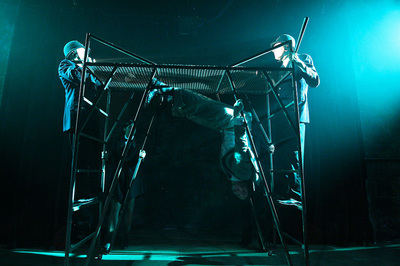