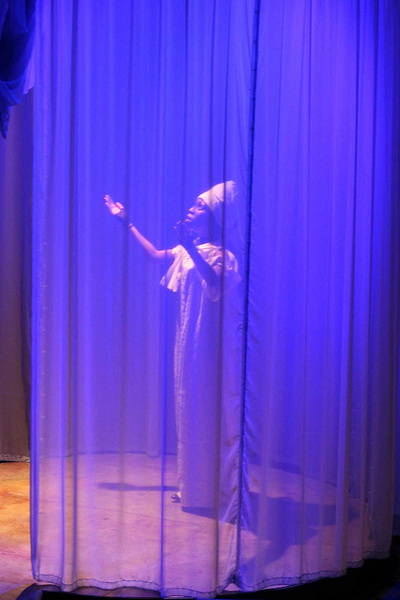 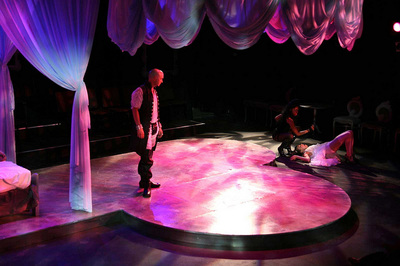 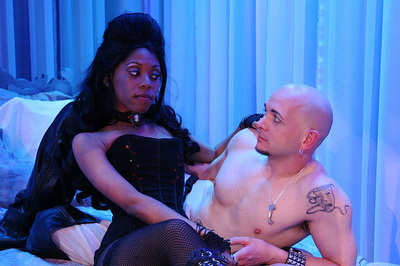 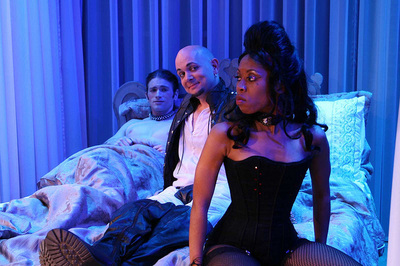 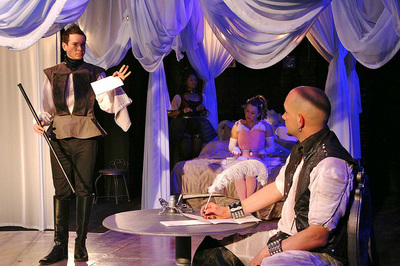 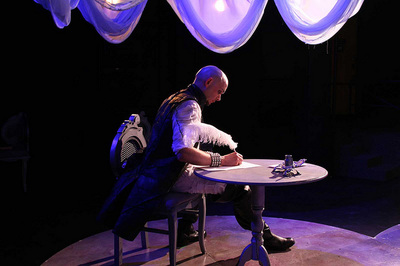 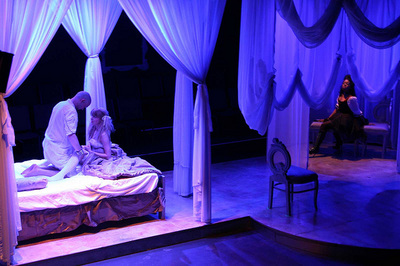 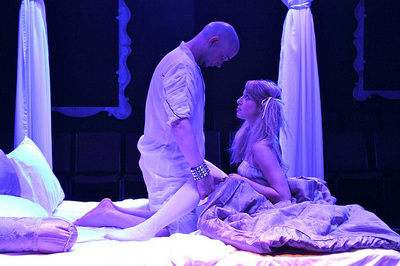 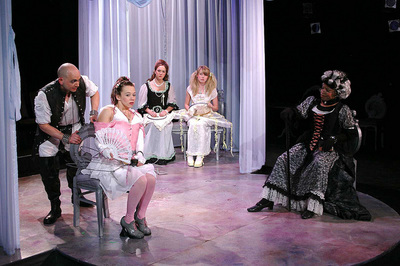 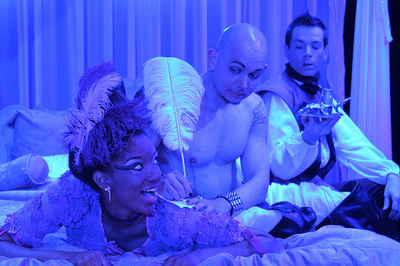 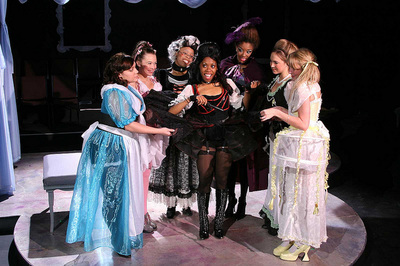 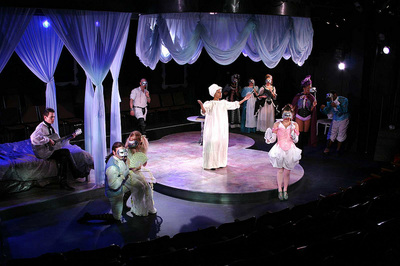 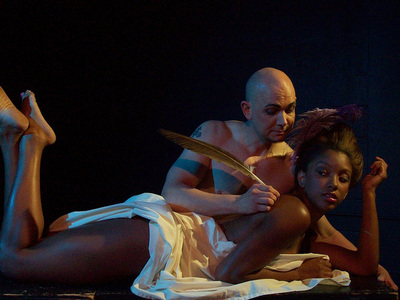 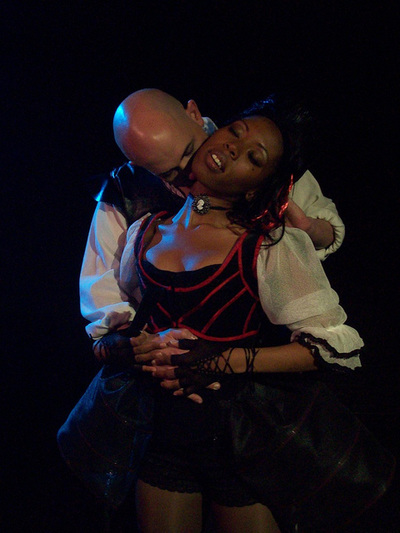 Research Inquiry:
This production sought to capitalize on the polarities of voyeurism and exhibitionism by drawing its inspiration from several historical perspectives and by re-directing the gaze of all those involved in its presentation: the actors, the characters, and the debauchery’s most important accomplice—the audience.  The playing area was constructed of a series of see through gauze panels that would raise and lower throughout the performance partially obstructing different members of the audience's gaze.   So no one in the audience saw the same play.    Being a voyeur was the only way to view the performance.
The actress playing Merteuil was performing the role as her graduate thesis.    As she is African American, I asked her to do some research on Africans in 18th century France.   In her research she discovered the amazing story of Ourika, an orphaned African slave, who was able to establish herself in 18th century French society.   We knew we wanted to incorporate her story into the production and somehow use it to comment on present day enforced norms regarding race and gender.
This production was staged first through using only symbolic movement.   Following training in Viewpoints, the ensemble recorded the entire text and we would play the recording and the actors would respond physically to the text.  Out of those images we were able to construct Ourika's nightmarish "fantasy" as she enacts the story of Les Liaisons Dangereuses.
Keeping in mind Judith Butler’s notion of gender as performative accomplishment, the audience was witness to Merteuil/Ourika's  failed attempt to perform her way out of the socially enforced norms for “woman” and “African” in 18th century France.  She succeeded in a way, in that she behaved like a powerful white man and destroyed everyone around her. But that left her entirely alone and miserable.   By the end, she discovered there are serious penalties if you don’t perform your gender (and your race) properly. 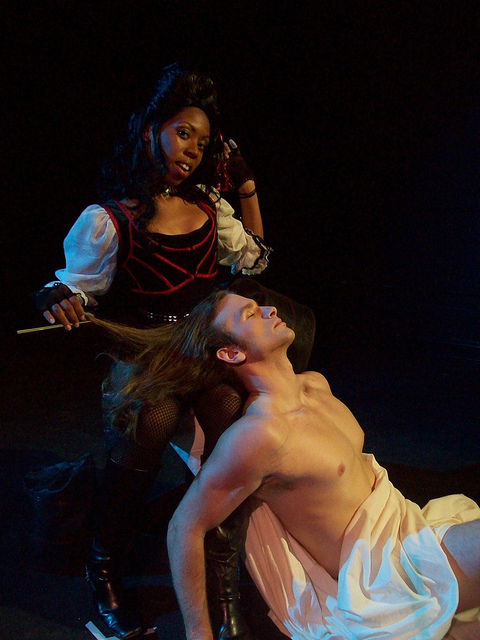 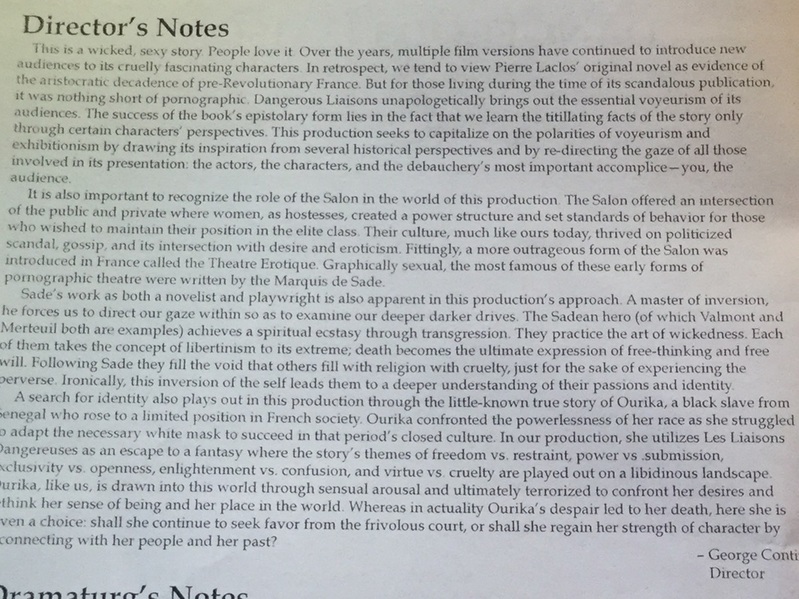 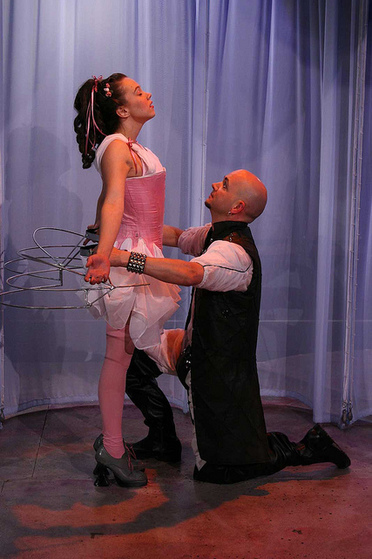 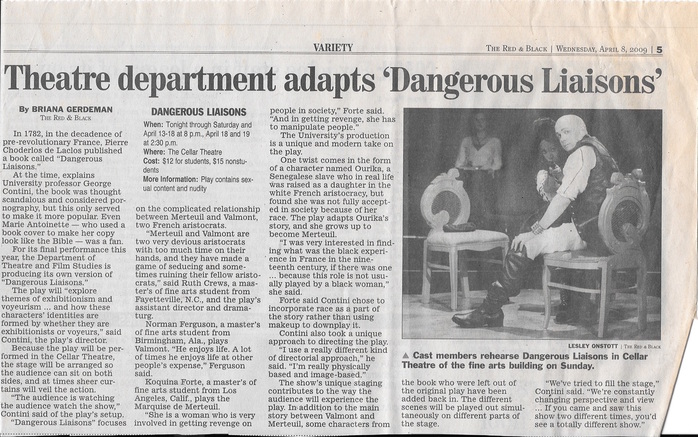