I have been recognized for his excellence in teaching by receiving some of UGA’s highest instructional awards and honors.
In 2008 I was awarded the highly competitive Richard Russell Award for Excellence in Teaching,
in 2009 I received the Sandy Beaver Professorship.
I have been inducted into the UGA Teaching Academy in 2012 and serve as an Affiliate Faculty Member of the Women Studies Department.

I have been recognized for my research by receiving the M.G. Michael Award in 2015, the Willson Center Sr. Faculty Fellowship in 2015, the Provost’s Summer Research Grant in 2012, the Center for Teaching and Learning Instructional Grant in 2011, the Parents and Families Grant in 2009, and an ICE (Ideas for Creative Exploration) Grant in 2007.

Each of these awards came with funds that I have used to either further my study of Michael Chekhov Technique, my research into Julian Eltinge  or for Instructional Support. 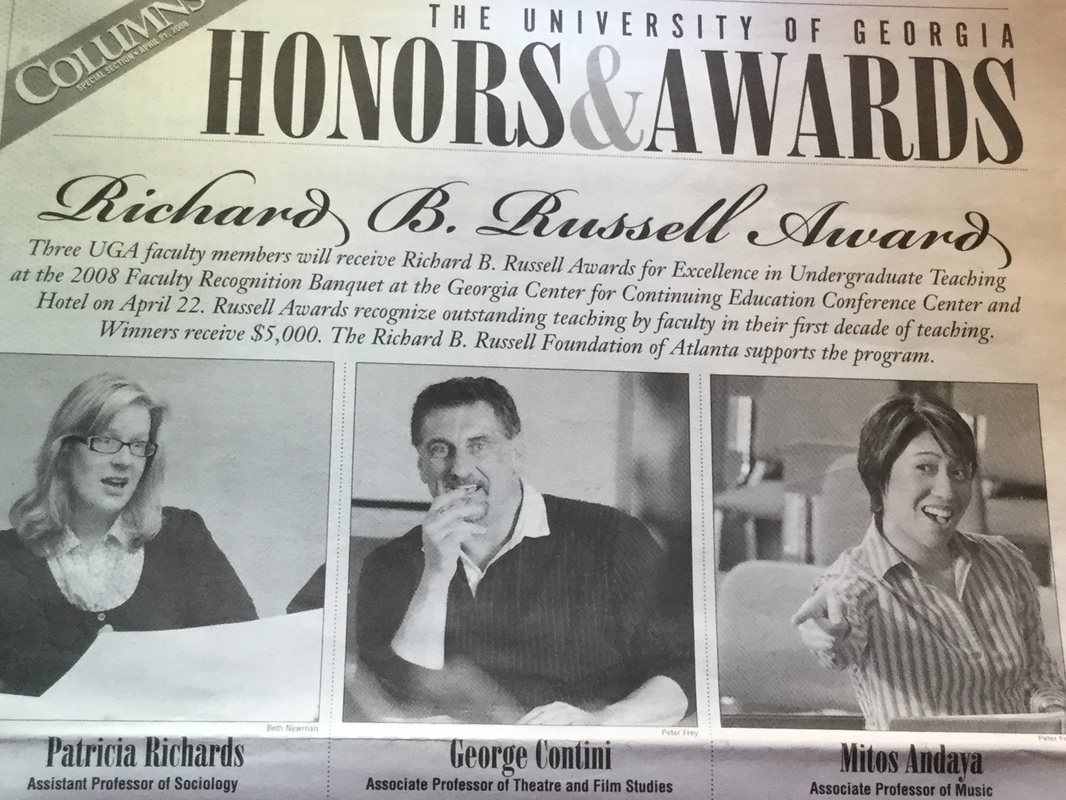 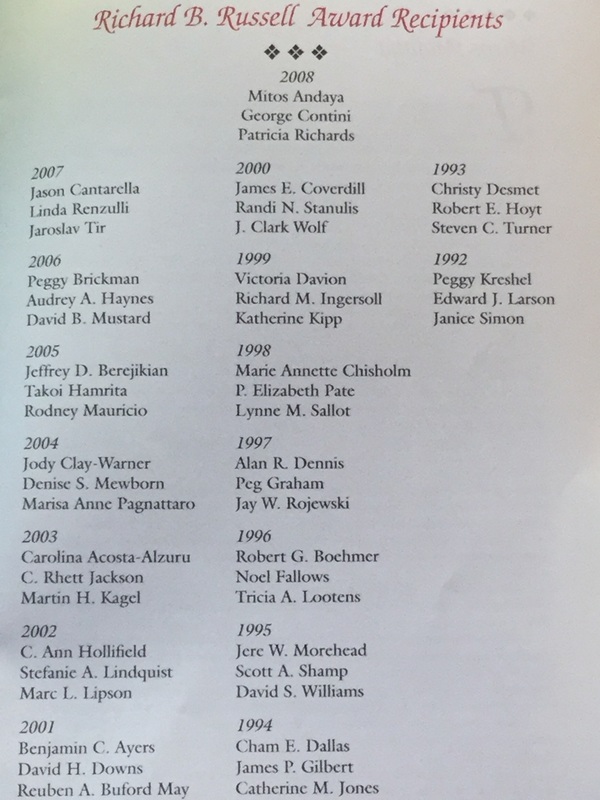 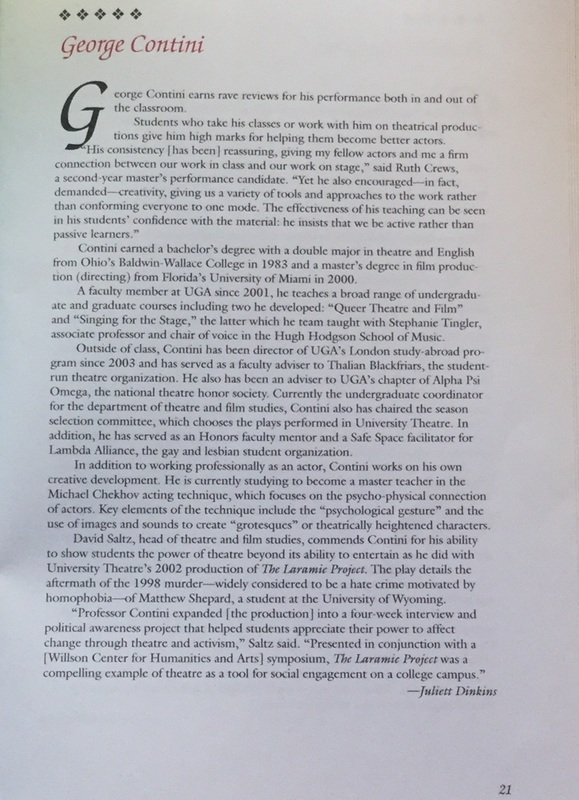